Here in the Philippines, Catholics usually practice Visita Iglesia, visiting at least seven different churches on Maundy Thursday. If you are planning to be in Davao City for Holy Week, here are seven churches that you might want to include in your list:

The St. Mary of Perpetual Rosary Church, also known as Buhangin Shrine, is famous for its string of steps leading up to the St. Mary’s Church. It’s a perfect spot for meditation and reflection, away from the hustle and bustle of the city.

2. Our Lady of Fatima Parish

The first mass in the Our Lady of Fatima Parish was celebrated on February 11, 1953 by Fr. Lionelle Labelle, PME. It was then a wooden church that was completed in 1968.

Sta. Ana Parish Shrine, a semi-Gothic style church in Davao City, was consecrated on April 16, 1949 by His Excellency Bishop Luis del Rosario (Zamboanga Diocese) even though it was not completely finished. The walls were of cement blocks. The windows (also Gothic style) were made of tiny pieces of glass, the colors of which mixed together harmoniously. The altar, in terazza, was a little jewel. The Last Supper Scene sculpted “in relief” constituted the main beauty of the altar. The statue of St. Anne was placed above the main altar.

The San Pedro Cathedral or Davao Cathedral (also referred to as St. Peter Metropolitan Cathedral), is a Roman Catholic cathedral dedicated to Saint Peter, and the ecclesiastical seat of the Roman Catholic Archdiocese of Davao. This magnificent Spanish-style architecture with its distinctive modern design frontal-curved solid structure was first built using nipa and bamboo in 1847 and was subsequently rebuilt in wood in the mid 1900s by the late Architect Ramon Basa until it was finally remodelled in concrete in 1964 by Architect Manuel Chiew.

St. Jude Thaddeus Parish Church was officially proclaimed as an independent parish in 1965 under the Archdiocese of Davao. The parish church architecture that we’re seeing nowadays was constructed in 1975.

6. Shrine of the Holy Infant Jesus of Prague 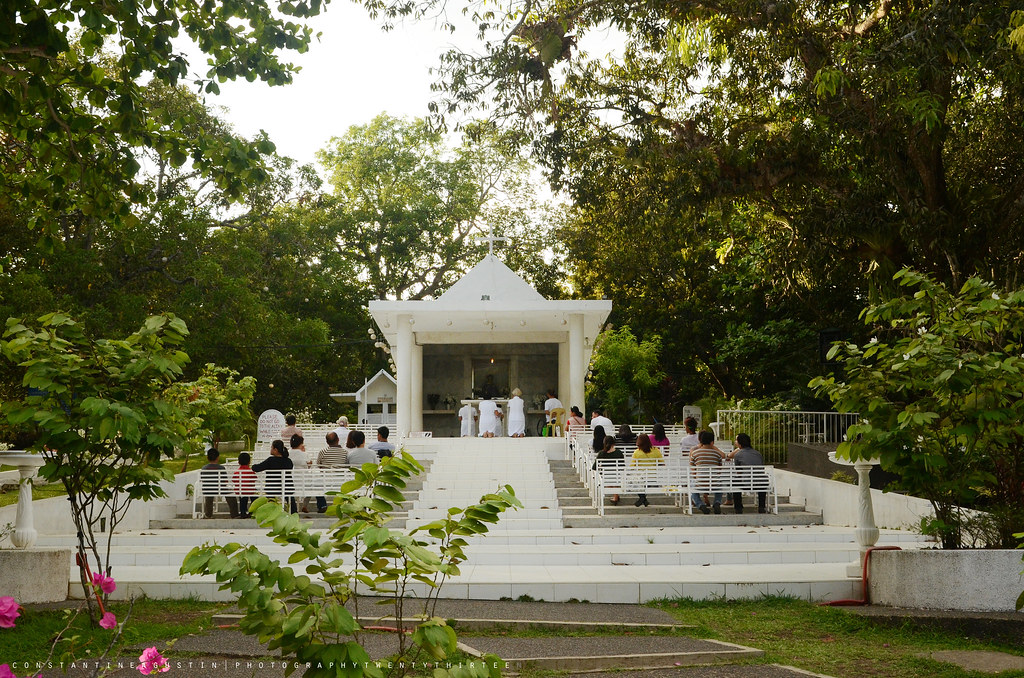 Located atop Matina Hill, the Shrine of the Holy Infant Jesus of Prague is a local mecca for Catholic devotees, as well as being one of Davao City’s most famous landmarks and tourist spots. The structure is unusual in that its chapels are all open-air. During Holy Week, locals re-enact the Stations of the Cross on the hill leading up to the shrine.

7. Our Lady of Lourdes Parish

The new church that now stands on the main road of Central Park, the permanent home of the Our Lady of Lourdes Parish, is a visible example of the wonderful spirit that has united the community through the loving and caring work of all parishioners together with all the priest who served the parish.