Iligan City is a highly urbanized city in the Northern Mindanao region. It is known for a number of different nicknames, one of which is “Industrialized City of the South.”

Iligan as an Industrial City

The history of Iligan City’s industrialization is intertwined with the history of the National Power Corporation (NPC or NAPOCOR) and its expansion of operation in Mindanao.  NPC was created in 1936 by virtue of Commonwealth Act 120 signed by Pres. Manuel L. Quezon “to conduct investigations and surveys for the development of water power.” The Lake-Lanao Agus River system was among the river systems surveyed and investigated. 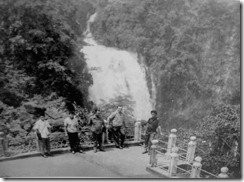 Actual construction of Maria Cristina Hydroelectric Plant began in August 1950, the same year Iligan became a chartered city, in anticipation of the increased revenues to be brought about by the availability of big blocks of cheap power. 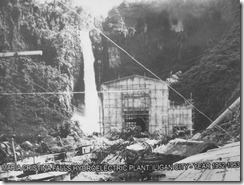 Among the first customers of the Maria Cristina Hydroelectric Plant are the companion fertilizer plant (Maria Cristina Chemical Industries, Inc.), the government-owned National Shipyard and Steel Corporation (NASSCO) which operated as steel mill and the Iligan Electric Company, an electric franchise holder in the city.

With the operation of the hydropower plant, more industries came to put up and operated their factories in Iligan and neighboring municipalities in early 1960’s to late 1970’s.

Steel Mill and Other Industries in Iligan City

During Martial Law in 1972, Marcos directed the military to take over IISMII. Under government control and with tariff protection, National Steel Corporation (NSC) became the premier steel company of the Philippines. Back then, NSC’s gray uniform became a symbol of stability and the passport to credit lines.

The Fall of the Industrial Giant

Unfortunately, the boom years of NSC abruptly ended in November 1999. The company, which had around 4,000 regular employees, went bankrupt and shut down its operation. Other industries that relied heavily on the NSC followed suit.

As the major source of employment and the city’s biggest taxpayer, the bankruptcy caused an economic slowdown and a major decline in Iligan’s revenues. In 1998, when the NSC and the other plants were fully operational, local revenues was P258 million, which drastically dropped to P208.1 million in 2000.

Unemployment also inevitably rose by 4,000 in the year 2000 after the NSC closure. The figure rose further by an additional 3,000 a year later, following the closure and bankruptcy of other industries.

Iligan’s agriculture and tourism were developed.  It also enhanced its fiscal aggressiveness to obtain and maximize revenues. It ventured into innovative financing strategies such as partnerships with the private sector in carrying out some of its infrastructure projects.

Hope for the Rebirth of NSC

Although the people of Iligan has managed to find other sources of income after the fall of NSC, the hope for its reopening is still there. In 2014, Iligan City Mayor Celso Regencia created the National Steel Corporation Working Group ( NSCWG ) to work for a feasible solution for NSC (Executive Order No. 11, Series of 2014). Recently,Mayor Regencia signed  Executive Order No. 17 series of 2016 to reconstitute NSCWG that essentially set forth to address the clamor of Iliganons for its reopening, rehabilitation, operation, and integration.

An appropriation of ten  million pesos ( P 10,000,000.00 )  for 2016 will be appropriated for the NSCWG  subject to the approval of the Sangguniang Panlungsod. Further, the EO states that the rehabilitation, operation, and full integration of the National Steel Corporation shall be the priority project / program of the City.

With the recent local developments and Pres. Rodrigo Duterte’s pre-campaign economic agenda including building a steel mill in the country, it seems Iliganons have reason to still hope for a National Steel Corporation revival.

10 Projects in Cebu that you should invest in

General Santos | Pasalubong other than Tuna

Why You Should Choose to Invest in GenSan?