Tagum City: 16 Festivals in the “Home of Festivals” Photo from City Government of Tagum

Tagum City is a city that respects people’s beliefs and heritage and preserves the culture cherished by generations. To safeguard its rich cultural diversity, Tagum City holds various events and festivities throughout the year. In fact, there are now 16 festivals celebrated in Tagum City, within the initiative of the City Tourism Council. The goal of these festivals is to showcase and develop the skills, talents and capabilities of all sectors in the population, which makes Tagum City the “City of Festivals.”

Here’s a Festival Guide to help you plan your trip to Tagum City. 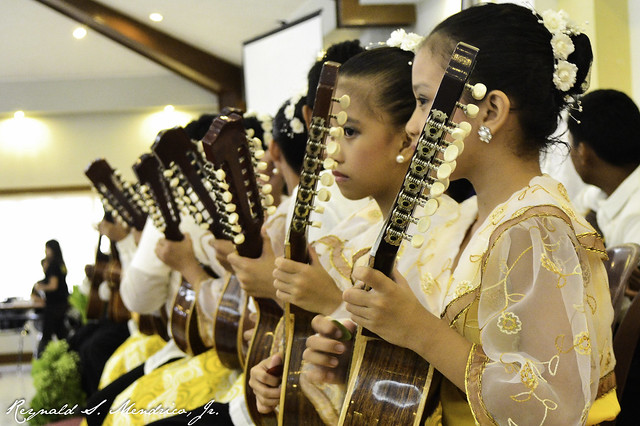 Musikahan Festival, Tagum City’s signature festival, is an all-inclusive and longest-running Music Festival in the Philippines. It is a distinct cultural event celebrating the Filipino excellence in musical composition, performance, and production. The annual festival engenders a vision of a fairer and brighter future for the youth through the enhancement of skills in arts and in building creative pathways for gainful employment, especially for the out-of-school youth. 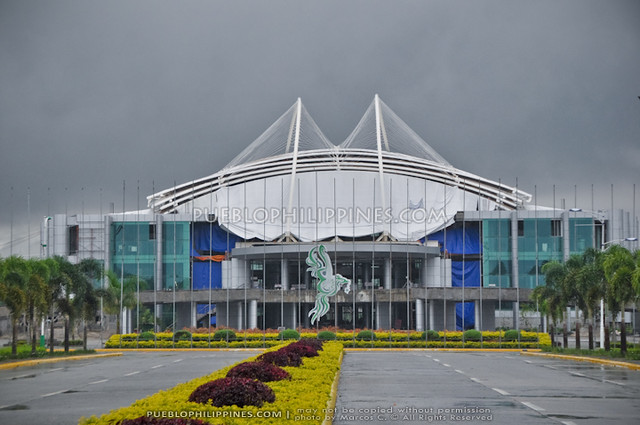 Tagum City commemorates its establishment as a city in the annual Araw ng Tagum celebration every March 7. 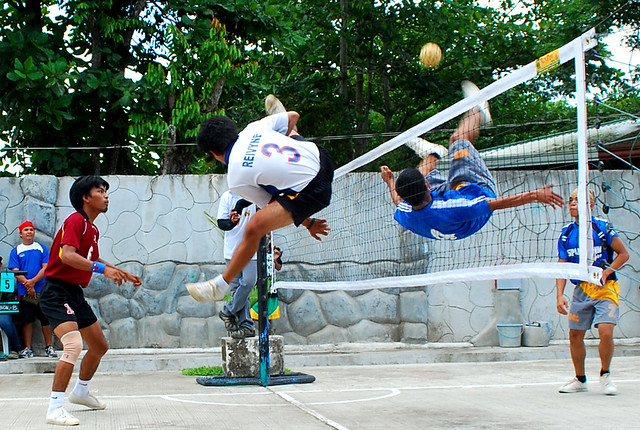 An eco-adventure and urban challenge promoting the advocacy on the call to care our environment through sports in celebration of the Earth Day, Ocean Month, and Environment Month every April, May and June respectively. The festival is held in the month of May. Also part of the festival is the “XTreme Gay-mes”, a sports competition for the gay community of Tagum.

Also celebrated in the month of May is Flores de Tagumeño Festival. It is a cultural celebration that revives the Roman Catholic traditions of fiesta introduced during Spanish era. 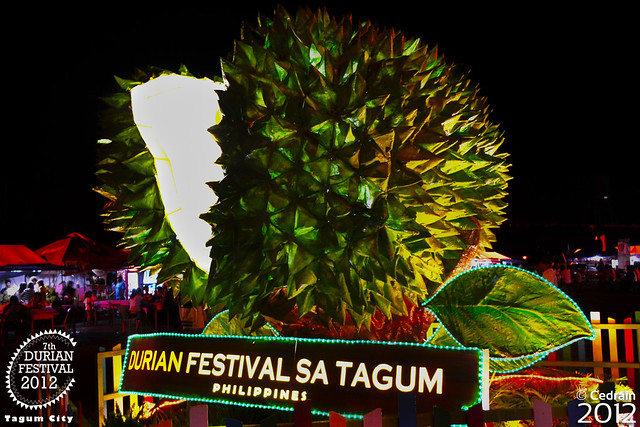 It is a festival celebrated during the month of September up to October that gathers the Durian Growers from the province of Davao del Norte and Compostela Valley and convene in the City of Tagum provide and offer the lowest rate of durian fruits for the consumers. During the festival celebration, several cultural presentations are showcased nightly to give entertainment to the people around taking good times with the durian.

The City Tourism Council had initiated the Binuhat Festival designed for the gay community, respectfully called by Tagumeños as “Binuhat” or “Creations”. This festival is the only festival dedicated to the Lesbian Gay Bisexual and Transgender Community (LGBT) in Mindanao. It is a week-long celebration which is mainly participated by gays coming from different places in Mindanao.

UGMAD Festival stands for (“Uma Gamiton, Mag-uuma Atong Dayegon”).  It is a farmers’ festival celebrating a holiday for the farmers and acknowledging their noble contribution of being the backbone of the society.

The word “kaimonan” literally translates to “gathering.” Kaimonan Festival is a gathering of the four dominant tribes in Tagum City, namely Mansaka, Mandaya, Kalagan and Dibabaon, to celebrate a bountiful harvest and to give thanks to their God known as “Magbabaya”. This celebration showcasing different rituals, tribals songs and dances such as Courtship “Pagkinarimay”, Wedding “Pagbaroy”, Birth “Pagka-otaw”, Abduction ” Pagkamang sang Utaw”, Rescue “Pagluwas, Pangapog “Offering” and War dance “Pagpangayaw”. Kaimonan Festival started in 2003, celebrated every 10th day of the month of October in accordance with the Republic Act 8371 known as IPRA (Indigenous Peoples Rights Act) Law. 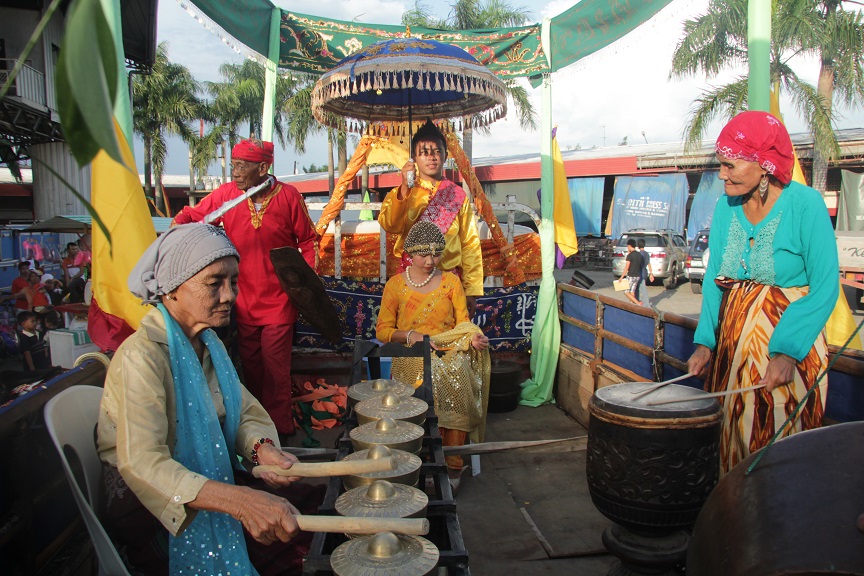 This is a unique and special gathering of dominant Muslim tribes in Tagum City, such as the Ka’gans (original settlers), Maranaos, Maguindanaos, Iranons and Tausogs showcasing their cultural talents in playing Kulintang (music instrument) and traditional dances with a common goal of preserving and promoting their beliefs and traditions. It is a celebration of music, dances and cultural presentation with the beat and rhythm of Kulintang, Dobakan and Agong.

“Indayog” means rhythm. This festival celebrates and showcases the diversity of culture through dances. This event is a gathering of dance performers, choreographers, directors and educators from all over Mindanao to celebrate the dance arts and culture ranging from traditional, folk to contemporary expressions and scenario.

A showcase of the Muslim delicacies prepared through the right Halal rituals and rules.

Feast of Christ the King Celebrations 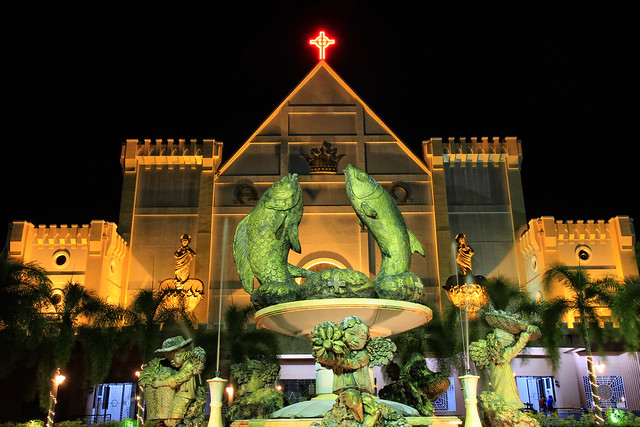 In celebration of Tagum City’s patron, the Christ the King, the celebrations last for three days, starting in the Triduum until the Feast Day, which falls on the third Sunday of November, the last Sunday in the Catholic Ordinary Time before Advent.

In preparation of Christmas, the City Government of Tagum prepares decor-attractions for Tagumeños and its visitors. The climax of these decor-attractions is the Christmas tree in Freedom Park. Culminating the celebrations is the grand, 30-minute Fireworks Display at Magugpo East, along the National Highway, where Tagumeños and residents from nearby localities, especially those from Davao City, flock to celebrate the arrival of the New Year. Musicians, mostly pop and classical, from across the region also hold a concert hours before the countdown.